“Amazingly good debut album from this dutch band. They play a mix of neo and symphonic prog music with long compositions that show an already quite mature group. Although there are some obivious influences here and there, they are one of those rare cases where the musicians had honed their own sound before recording their first CD, which is quite good. The singer has a voice that reminds of the swiss Clepsydra, Aluisio Magini, but his approach is definitly less dramatic. The recording quality is also surprisingly good, with all the instruments quite well mixed and balanced. Keyboards are excepcionally well done and creative, with many unexpect twists and turns that set them apart from all neo prog outfits (aside maybe from IQ). Highlights are many, but I´d like to point out the opener Schollyard Fantasy, with its beautiful, heavy- Pink Floyd influenced, keys and poignant guitars, and the astonishing Xymphonia, a real prog jewel of the highest carat (if you like symphonic keyboards you´ll love those on this one!). But all the songs are of high quality. It is one of those albums you can hear form beginning to end without skipping any track. If you´re into neo prog, or prog music in general, this is a band to look for. Complex music, yet accessible and melodic, with a soulful singer. One fo the best debut albums done by a neo prog act in many years. Fans of Marillion, Pendragon, Clepsydra, IQ, etc. Don´t miss this one! Great artwork too! A classic!” (Tarcisio Moura on Progarchives) 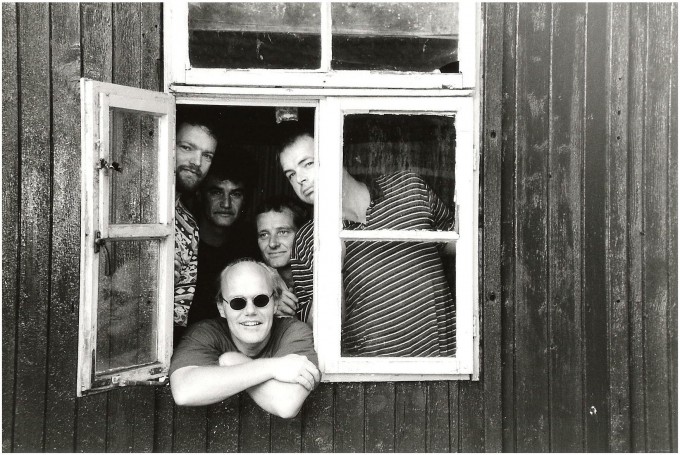